Visual Studio "Could not copy" .... during build

Now I've figured out that killing the process

works (sometimes ) but this is getting on my nerves. Any way to stop this happening at all?

My debugger settings are 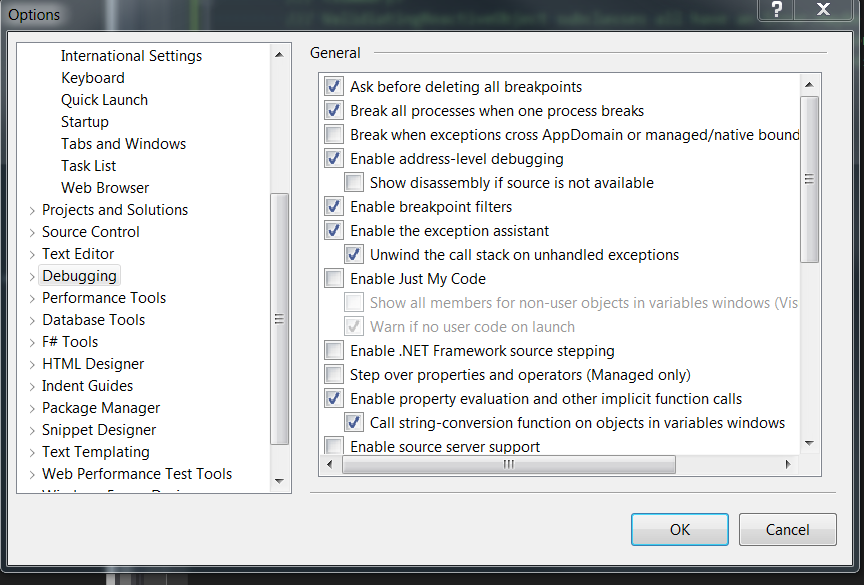 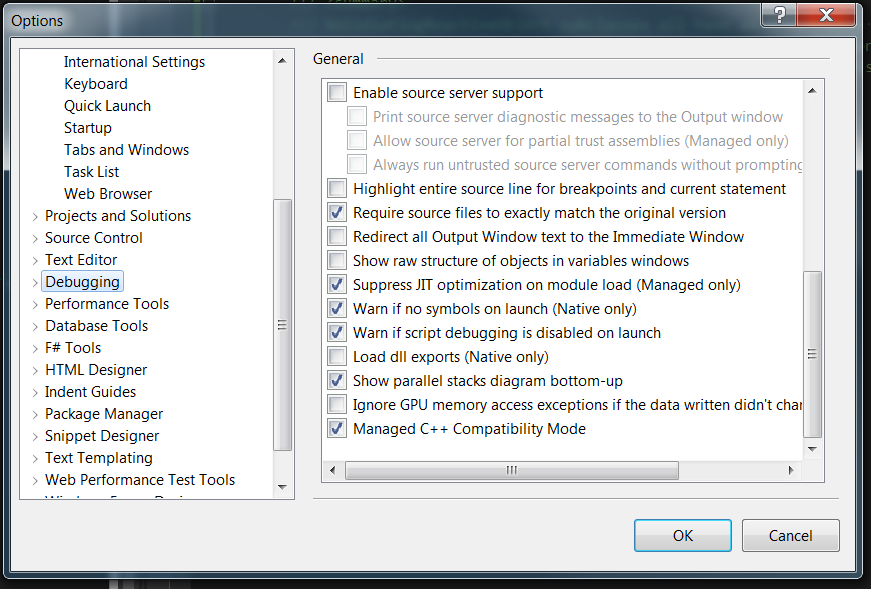 This question is tagged with c# visual-studio-2012 build process

I have encountered similar error messages in Visual Studio 2013.

Mostly, I have found that this situation has occurred when a debug process was halted because of an exception.

When clean+build has not resolved this problem for me, I have had success by doing the following:

This "bug" has existed since Visual Studio 2003.

Finally, I have also found that I can often overcome this problem by simply renaming the executable file and then deleting it.

In Visual Studio Premium 2013 (Update 3), I solved this with a pre-build one-liner:

This gracefully deletes any old PDB files (if it can), then renames anything that's left with a .old.pdb extension. A nice side effect is that if the old PDB is still locked, it just adds another .old piece to the filename, and they all get cleaned up next time you restart Visual Studio and do a build.

Finally, restarting Visual Studio and doing a fresh build will get rid of both of these, and continue the process as usual.