Angular JS: What is the need of the directive’s link function when we already had directive’s controller with scope?

I need to perform some operations on scope and the template. It seems that I can do that in either the link function or the controller function (since both have access to the scope).

When is it the case when I have to use link function and not the controller?

Also, I understand that link is the non-angular world. So, I can use $watch, $digest and $apply.

What is the significance of the link function, when we already had controller?

This question is tagged with javascript angularjs angularjs-directive

After my initial struggle with the link and controller functions and reading quite a lot about them, I think now I have the answer.

How do angular directives work in a nutshell: 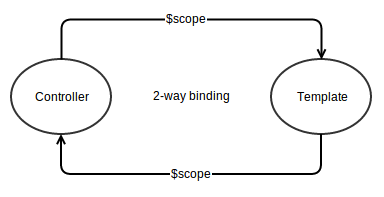 Comparing compile vs link vs controller :

Therefore, finally we have the following which fits all the pieces perfectly : 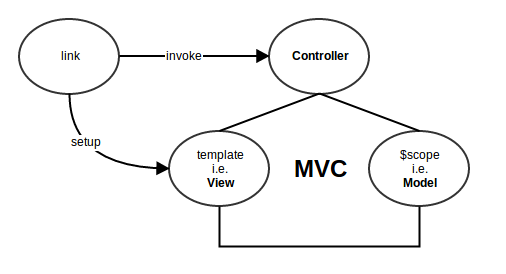 Why controllers are needed

The difference between link and controller comes into play when you want to nest directives in your DOM and expose API functions from the parent directive to the nested ones.

Best Practice: use controller when you want to expose an API to other directives. Otherwise use link.

Moreover, if such a controller is not found, an error will be raised.

Why use link at all

There is no real need to use the link function if one is defining the controller since the $scope is available on the controller. Moreover, while defining both link and controller, one does need to be careful about the order of invocation of the two (controller is executed before).

However, in keeping with the Angular way, most DOM manipulation and 2-way binding using $watchers is usually done in the link function while the API for children and $scope manipulation is done in the controller. This is not a hard and fast rule, but doing so will make the code more modular and help in separation of concerns (controller will maintain the directive state and link function will maintain the DOM + outside bindings).