What is the difference between .NET Core and .NET Standard Class Library project types?

In Visual Studio, there are at least three different types of class libraries you can create:

While the first is what we've been using for years, a major point of confusion I've been having is when to use the .NET Standard and .NET Core class library types. I've been bitten by this recently when attempting to multi-target different framework versions, and creating a unit test project.

When should we use one over the other?

The decision is a trade-off between compatibility and API access.

Use a .NET Standard library when you want to increase the number of applications that will be compatible with your library, and you are okay with a decrease in the .NET API surface area your library can access.

Use a .NET Core library when you want to increase the .NET API surface area your library can access, and you are okay with allowing only .NET Core applications to be compatible with your library.

Why do both exist?

Here is an interactive matrix that shows which .NET Standard supports which .NET implementation(s) and how much API surface area is available.

A .NET Core Class Library is built upon the .NET Standard. If you want to implement a library that is portable to the .NET Framework, .NET Core and Xamarin, choose a .NET Standard Library

.NET Core will ultimately implement .NET Standard 2 (as will Xamarin and .NET Framework)

.NET Core, Xamarin and .NET Framework can, therefore, be identified as flavours of .NET Standard

To future-proof your applications for code sharing and reuse, you would rather implement .NET Standard libraries.

Microsoft also recommends that you use .NET Standard instead of Portable Class Libraries.

To quote MSDN as an authoritative source, .NET Standard is intended to be One Library to Rule Them All. As pictures are worth a thousand words, the following will make things very clear:

Like most of us, you are probably in the situation below: (.NET Framework, Xamarin and now .NET Core flavoured applications) 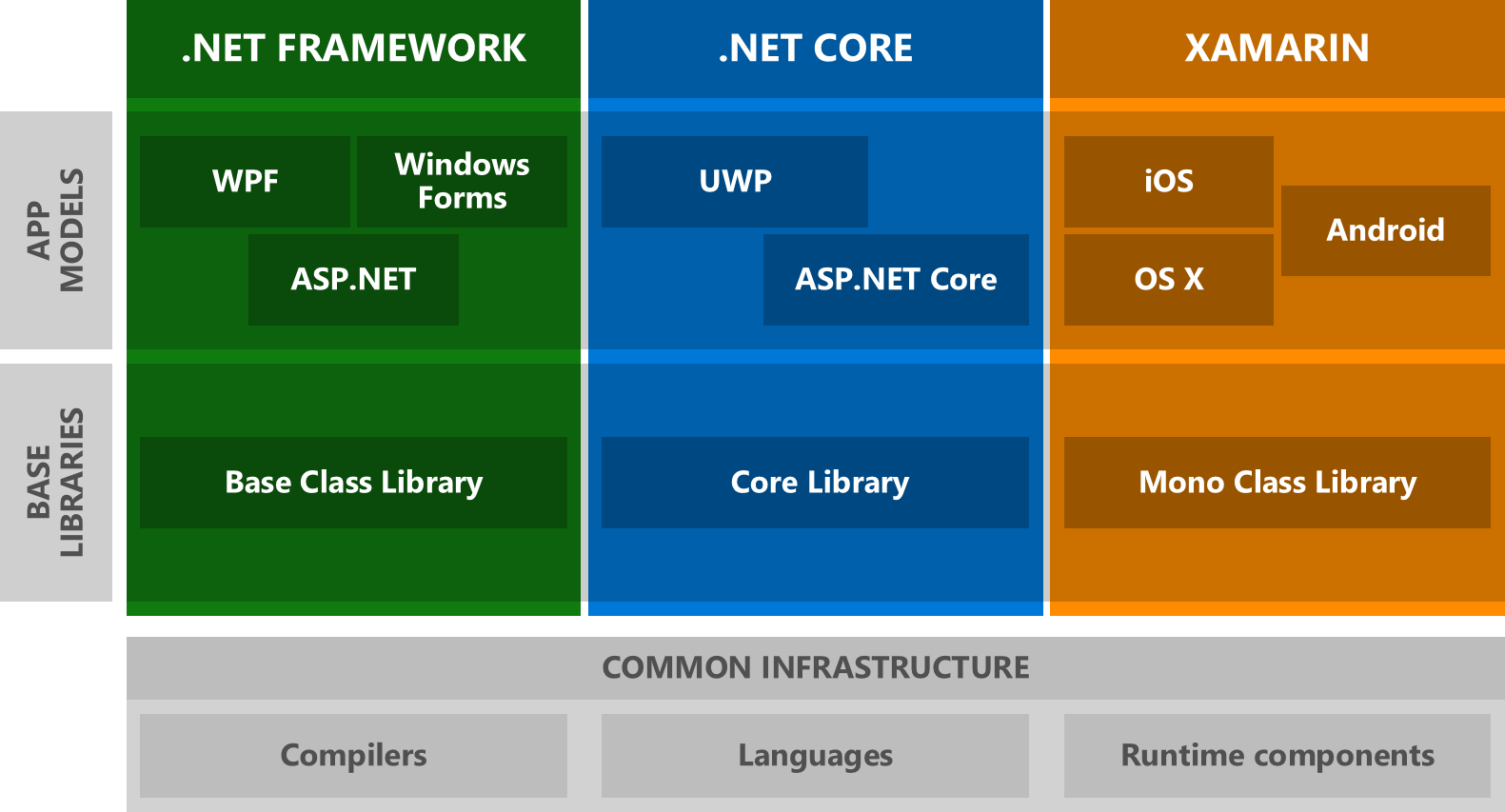 2. What the .NET Standard Library will enable for you (cross-framework compatibility)

Implementing a .NET Standard Library allows code sharing across all these different flavours: 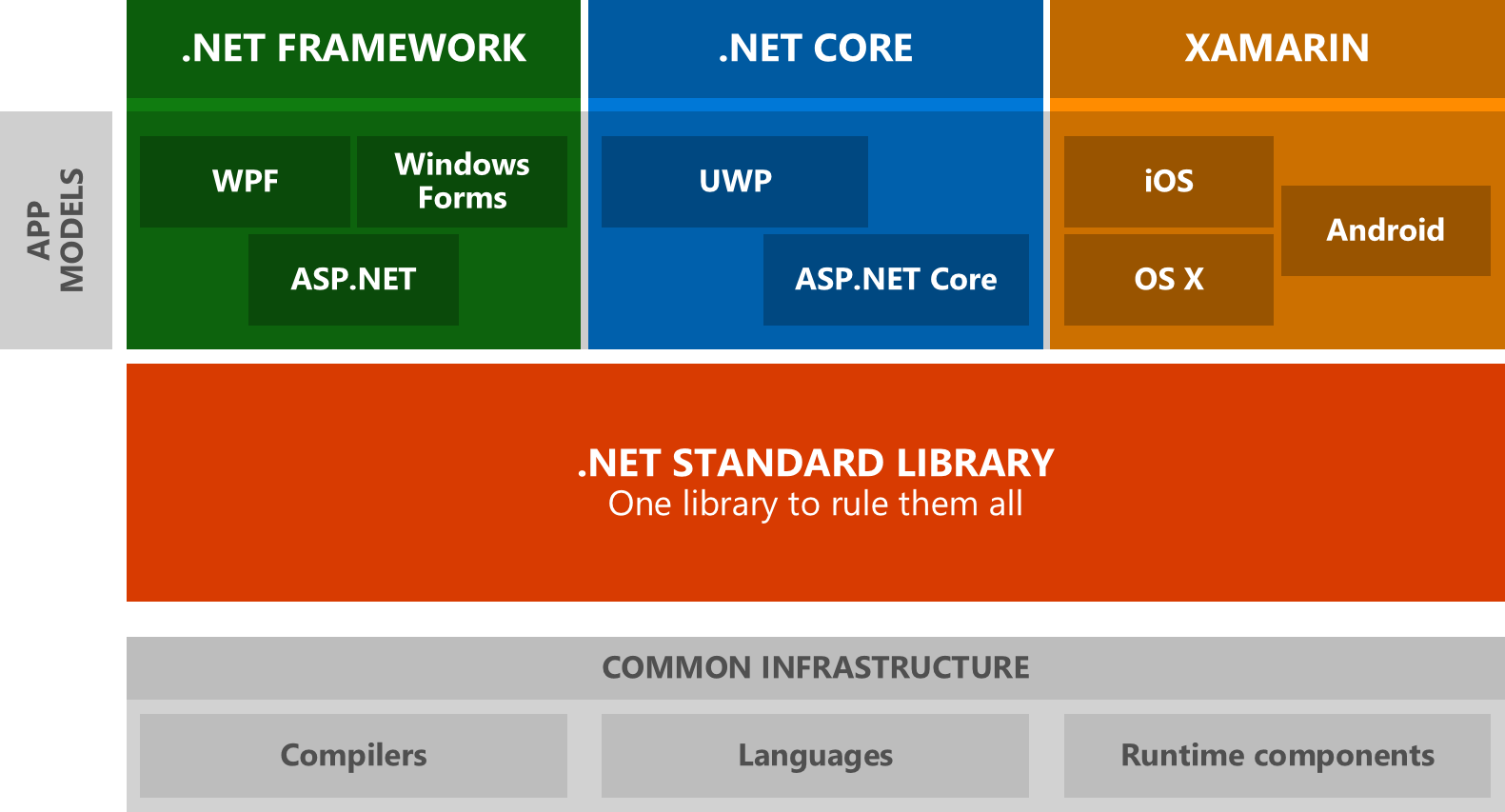 For a table to help understand what the highest version of .NET Standard that you can target, based on which .NET platforms you intend to run on, head over here.